In the French logistics centre in Bischwiller, a new concept of training called ‘DOJO HSE’ was launched in November 2016. In a dedicated place and with a user-friendly tool, all employees can train themselves with regard to health, safety and environment rules and basics.

Logistics activities, general and specific safety rules, waste sorting and emergency rules are some examples of the topics included. At the end of the training session, participants answer a quiz which assesses the efficiency of the training on all topics.

In March 2017, DOJO was distinguished with a special award during the Hager Group Continuous Improvement Ceremony. In June of the same year, DOJO was officially inaugurated with people from the sites in Alsace and members of top management. All employees were thanked for their support at each step of the project and congratulated for turning this idea into a reality.

Since then, over 120 employees have been trained and the number of accidents has been reduced by 75%. The next step will be to build a DOJO for job training. 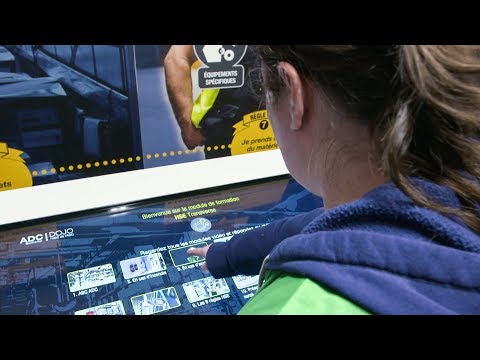