According to Marc Keller, President of the Racing Club Strasbourg Alsace, the French Ligue 1 team and Hager Group have plenty of things in common. They include proximity to fans or customers, strong connections to the local region, team spirit, authenticity and the pursuit of excellence. “We share the same vision and values,” explains Marc Keller. That’s why it made sense for Hager Group and the RCSA to enter into a close sponsorship relationship at the beginning of the 2017/18 season.

“In Germany, you would refer to us as being a Traditionsverein, meaning a traditional club,” says Marc Keller in an interview for Hager Group Annual Report 2017/18. “The crowds … are known for their spirit and camaraderie; supporters come to the stadium two hours before kick-off. With nearly 24,000 spectators on average in a stadium that can hold 26,000, we have the second best home match participation rate just behind the Paris Saint-Germain team.”

The club counts plenty of Hager Group employees among its fans – the company’s French sites in Obernai, Saverne and Bischwiller are just a few kilometres from Strasbourg. And the club’s players recently took the opportunity to drop in to Obernai for a visit. Marc Keller commented that, “…with the photo-taking and the autographing, in no time at all, a strong authentic bond developed between our players and Hager Group employees.”

Sponsors such as Hager Group play a key role in helping the RCSA exercise its social responsibility, explains Marc Keller, who played for several professional teams himself – as well as the French national squad – before becoming a club official. “We invest in training for young people from Alsace so that they can one day become top players themselves. People come to us, but more often than not, we go to them. Hager Group is a great help.”

You can find the full interview with Marc Keller in the Hager Group Annual Report 2017/18. 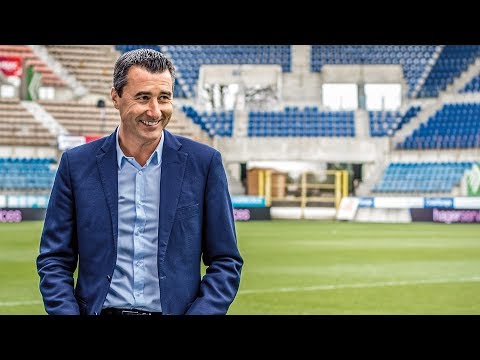