As the main sponsor of Racing Club de Strasbourg Alsace, Hager Group is extending its partnership by positioning itself alongside the eSport Racing x Vitality team.

With more than 3 million athletes worldwide, esports, that is the competitive practice of video games, has become a real social phenomenon in recent years.

Following on from its involvement in football, and its desire to support Racing Club de Strasbourg Alsace in this discipline, Hager is proud to be actively involved with the Alsace-based club in its participation in eLeague 1. 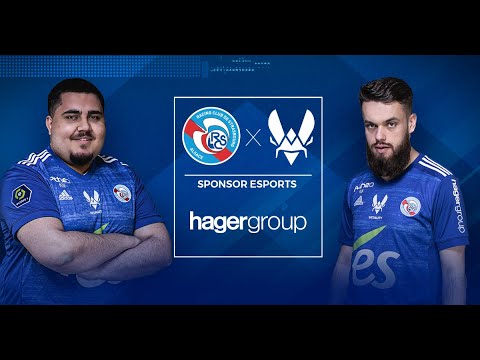 Harnessing new energies
This collaboration is based on the official French championship of the FIFA 21 game eLigue 1. Athletes Dylan "Dylo" Gozuacik and Corentin "RocKy" Chevrey, World Champion of the EA Sports FIFA FUT 17 Championship, and twice French Champion, are sporting the colours of Racing Club de Strasbourg Alsace, and have qualified for the final stages, which are to be held between the 1st to 5th June. They will be competing for the title of French champion under our colours.

Connecting to new digital experiences
Officially recognised since 2016 as a professional video game practice, esports now boast renowned players competing in high-profile international championships, and the practice is becoming increasingly popular every year. Seen as a leisure activity without borders, it attracts millions of people around the world, and is growing exponentially (11.7 % rise in audience in 2020). France has more than 13 million esports players; that is over 28% of Internet users over the age of 15. Football fever is not far away with the European Football Championships about to kick off. You can register for our online football prediction game which will be running throughout the tournament.

Digitalisation: Be ready to embrace change

Etienne Dock about our digital transformation and the importance of data.