The electricity of the future

Thanks to E3/DC, the great age is dawning for off-the-grid living.

For more and more consumers, the energy revolution has reached their homes. Jürgen Fischer is visibly pleased. Thanks to the storage function and energy management of his home power station from E3/DC, in 2018, he was able to generate 68 percent of his home’s electricity needs with his rooftop photovoltaic system. "We’re getting closer and closer to our ultimate goal of living off-the-grid," says Fischer, a family man, who lives in a one-family home in the idyllic Elbschetal, Germany.

According to Dr. Andreas Piepenbrink, Jürgen Fischer's model is an example of an increasing number of households not only generating green electricity in the future, but also predominantly using it themselves. Dr. Piepenbrink is the co-founder and CEO of the German energy storage manufacturer E3/DC, forming part of the Hager Group since 2017 and employs more than 90 people at its four sites.

E3/DC enables businesses and private households such as that of the Fischer family, to achieve a great deal of energy independence. Given that the sun does not always supply energy when it is required, reliable systems to store this green energy are needed.

Since 2012, the young company and its installation partners have put some 15,000 home power stations into operation in the cellars and technical rooms of their customers. E3/DC already leads the market in Switzerland and is well on the way to being at the forefront in Germany - the country currently representing the world's most important electricity storage market. Dr. Piepenbrink wants E3/DC to become the European market leader by 2025.

In 2018, the brand achieved the highest referral value in an independent customer survey for the third year running. What customers like Jürgen Fischer greatly appreciate is the fact that the storage systems from E3/DC are an example of quality German engineering. In addition, customers are guaranteed a 10-year warranty and the peace of mind that their in-house customer service will be on hand to help. E3/DC was named "Brand of the Century 2019" by the "Deutsche Standards" (German standards) publication.

Becoming part of the Hager Group has also played an important part in this, as Jean Lasserre, Vice President Corporate Strategy at the Hager Group, explains: "We have considerable experience in the development of holistic building technology, in which new technologies can be seamlessly integrated." The Hager Group in turn, benefits from the expertise of the E3/DC developers in terms of power electronics and energy management. The E3/DC home power stations may very well herald a bright future for the Hager Group. 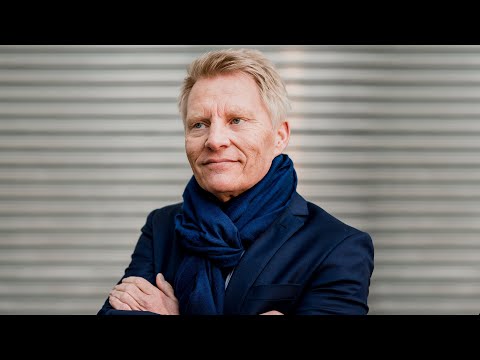 122 children were happy to receive an early Christmas present. What exactly does Hager Group do? What training opportunities does the company offer? And how does work in a family business differ from work in any other?

Hager Group opens its doors to schools at its site in Obernai, Alsace.

This is the first time we have opened our Obernai site to young people of 14 and over from local schools and their parents.